Since 2006, Alleck undertook to study people from different countries and make them both her subject of investigation and as active participants in the project “Continuum”. Her demarche was to seek people from as many different localities and cultures and bring them all together in a space on equal footing, devoid of their physical backgrounds, with their body, clothing, color and mannerisms being the only possible clue of their origins.

Continuum is an ongoing body of work that seeks to explore notions of identity and the self. The project started during a residency in South Africa in 2006, and since it has evolved with subjects from different countries (Mauritius, Lebanon, Reunion Island, Mali the USA and the exiled Chagossian people). This is undertaken through a process of meeting people on the streets and asking them to pose for the camera. Through these photos, the subjects are meticulously rendered in painting with their double personae also represented thus alluding to the inherent complexities of the ego and the dual state of being.

While acting as a record of the people who constitute the space, the process also allows to reflect upon the ideas of representation and self-representation that involves one to be aware of the seeing/seen mechanisms. The background has been left white so as to allude to the changing habitat and social scene. At the same time, it provides scope for positive hopes and also acts as a blank slate when one is confronted to all the subjects, regardless of their surroundings- the canvas thus becoming an ocean of possibilities, and the people, an assertion of each one’s individuality and by extension, each one’s embodiment of the society in which the person evolves.

Working in a laborious photorealist manner, she has so far attempted to realize a utopian pursuit by building upon formalist picture making processes and playing upon notions of inclusion and exclusion, so that the reading prompts questioning from the side of the viewer.

In the case of the exiled Chagossian people, she incorporated images based upon photographic memorabilia that the inhabitants left the island with over 40 years ago when forced by the British to vacate the island in exchange for Mauritius’s independence. These visual narratives have given rise over the years to a sort of existence in limbo, belonging to no place, except in the memory of a space. She has treated the body as a site of memory and memory itself as being a physical space.

Continuum USA when juxtaposed to the Continuum Chagos, generates political undertones and points out to the continuing effects of colonization. 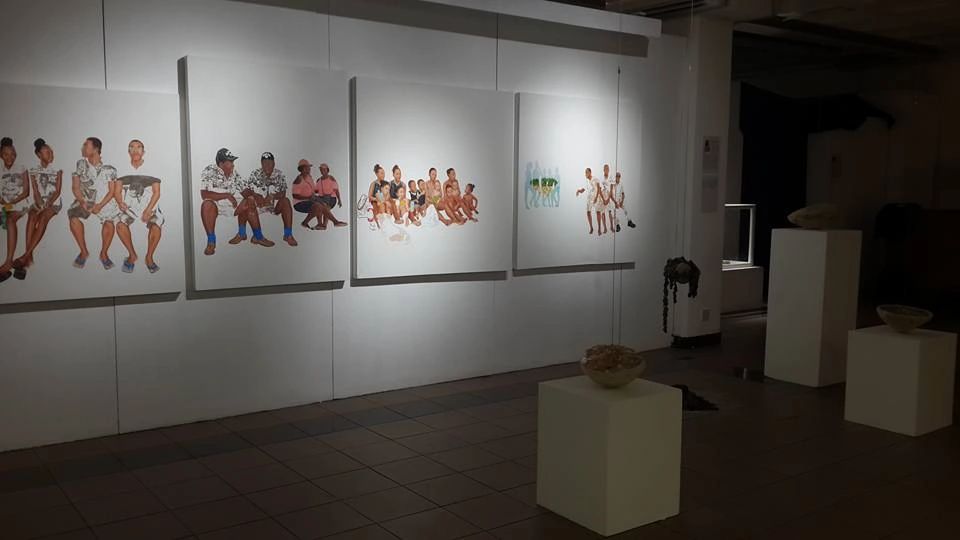